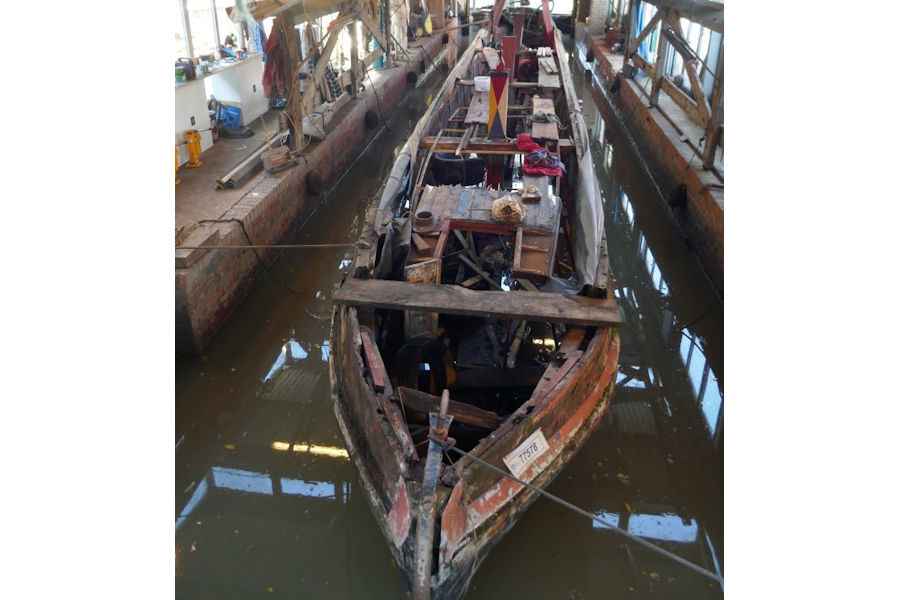 Last week a wooden boat was moved into the dry dock at Tooley’s Boatyard. This is the narrowboat Hesperus. Built in 1935 by Walkers of Rickmansworth at Frogmoor Wharf on the Grand Union Canal. It was commissioned in 1936 as a ‘motor’.

In 1953 while still on National Service in Egypt, Tom Foxon* received a letter from John Knill, his former boss offering to sell Hesperus to him for £150. With 5 months of National Service duty remaining he posted his cheque to secure the deal, completing the delivery on his return. Its subsequent history is unclear.

In Greek mythology, Hesperus is the Evening Star, the planet Venus in the evening. The Wreck of the Hesperus was a poem by Henry Wadsworth Longfellow which inspired 2 films in 1927 and 1948. The earlier one, a silent film, may have prompted the naming of this narrowboat in 1935/6.

See the book “Anderton for Orders Memoirs of a Working Boatman in the early 1950’s” by Tom Foxon .