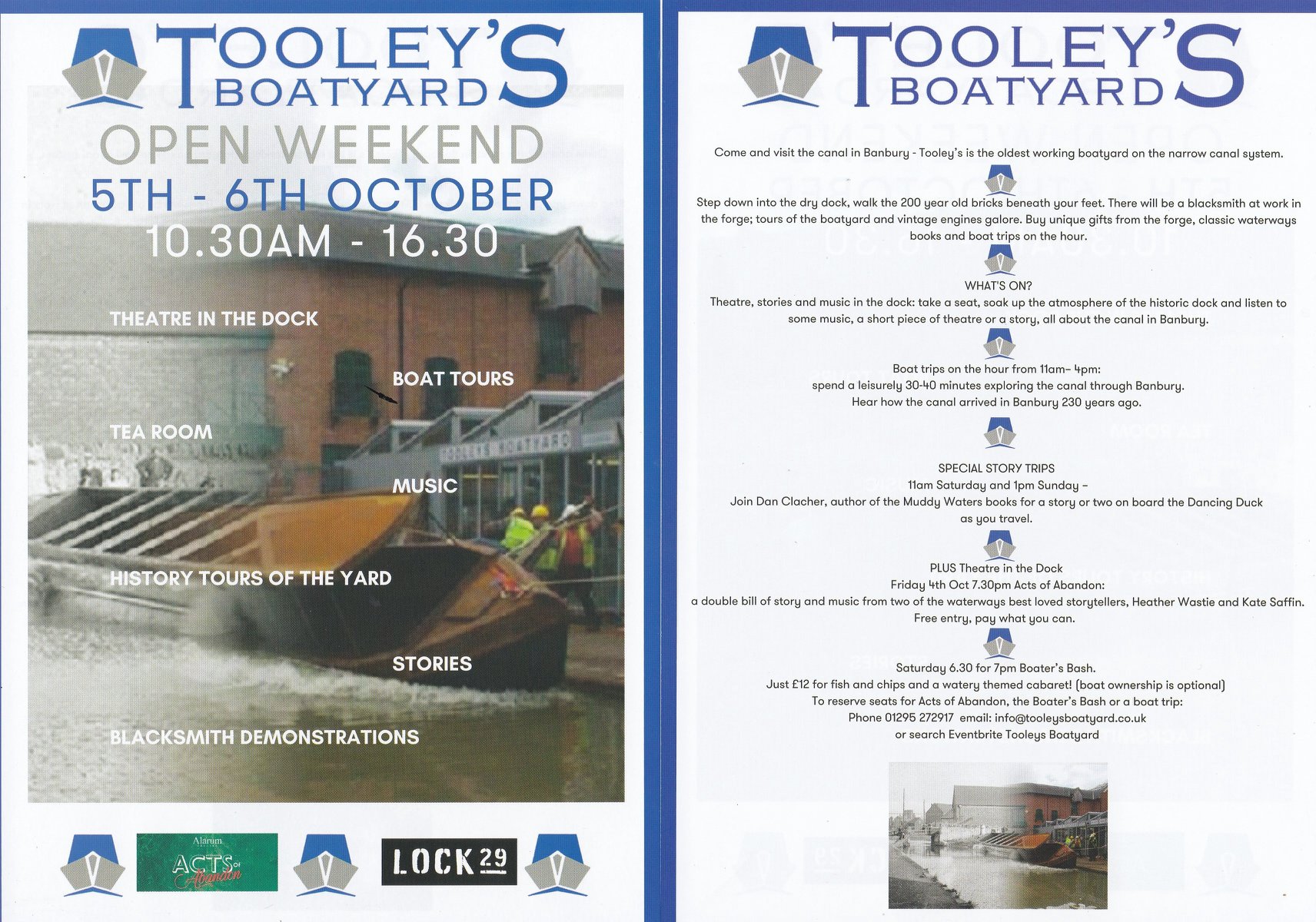 Over many years Banbury Canal Day has been on the first Sunday in October each year. Because of extensive building works both sides of the canal this was cancelled for 2019. It was decided that the boatyard could successfully host a smaller event over a longer period.

Theatre in the Dock & Music

As in previous years for Canal Day the dry dock was emptied and dried out to provide an entertainment space for Theatre in the Dock. Musical entertainment was provided for the traditional Boater’s Bash included songs by the trio: “Idle Women” and a there was a performance of the Alarum Theatre’s Acts of Abandon – The Muck and Shovel Brigade and The Mary Rose a boat of Ill Repute.